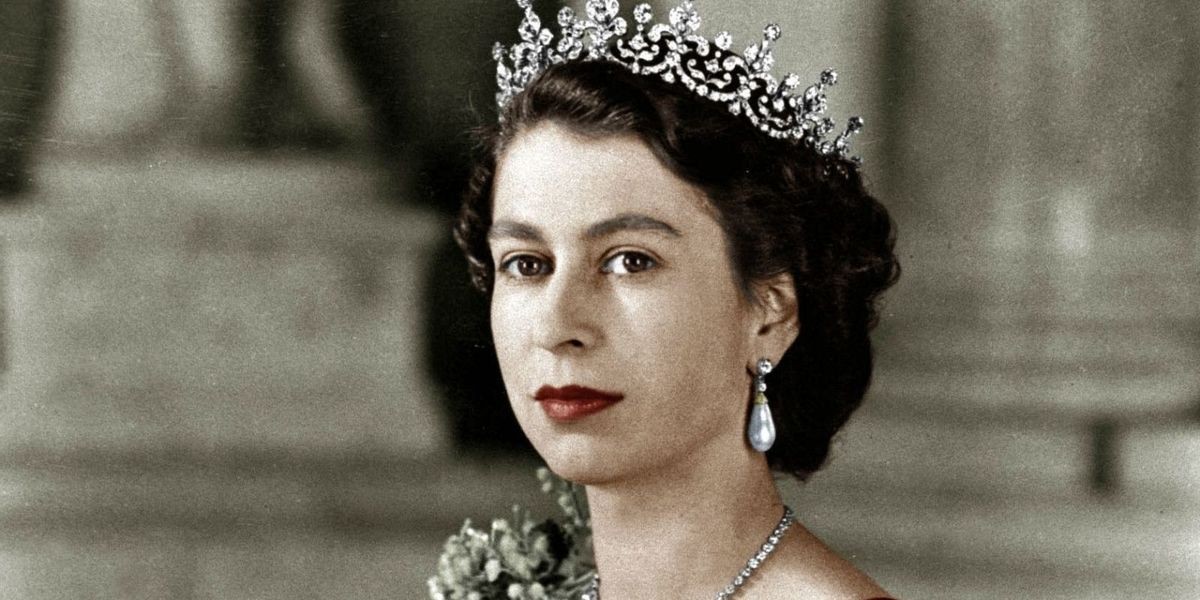 George VI died on the 6th February 1952 at Sandringham at the age of 56 from lung cancer. Princess Elizabeth, the oldest of his two daughters and next in line to the throne was in Kenya with her husband Prince Philip as part of a Royal tour of the Commonwealth on behalf of King George.

Elizabeth had spent the 5th February taking films of elephants at a nearby watering hole before retiring to their cabin up in the trees. They spent the night surrounded by wild animals. It was here that the Princess became Queen Elizabeth II after George VI passed away in his sleep.

George VI had waved off his daughter and her husband at London Airport on 31st January 1952. On a cold and wet February morning special black bordered editions of newspapers appeared on the streets of London with the news.  Princess Elizabeth formally proclaimed herself Queen and Head of the Commonwealth and Defender of the Faith on 8th February at a twenty minute meeting at St James’ Palace. His funeral procession on 15th February was televised, an event which helped to spark the first wave of mass television purchases. The funeral service was broadcast with sound only as at the time television was still seen as a vulgar medium. The Queen’s Coronation on 2nd June 1953 was the first such event to be properly televised and the first to be genuinely witnessed by the people.

The coronation was held more than one year later on the 2nd of June 1953 because of the tradition of allowing an appropriate length of time to pass after a monarch dies before holding such festivals. It also gave the planning committees adequate time to make preparations for the ceremony. The ceremony was televised despite objections from Prime Minister Winston Churchill who thought it would cheapen the ceremony.

The longest-reigning living monarch, Elizabeth became queen in 1952 at the age of 25 following the death of her father.

One of her famous quotes is : I declare before you all that my whole life, whether it be long or short, shall be devoted to your service and the service of our great imperial family to which we all belong.

Queen Elizabeth II has had many ups and downs during her reign – both in her public life and private life but I am sure you will agree she has kept her word with dignity.